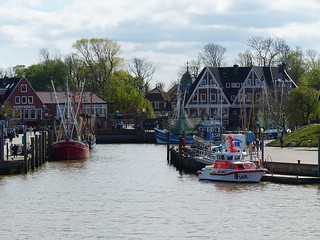 Wicked Tuna is one of the longest-running reality shows on National Geographic Channel about commercial fishing. But there’s more to this series than captains competing to get the biggest catch for the day. The program Wicked Tuna in Gloucester, MA also educates viewers about marine life.

Are you ready to set sail and catch big game once more? With a new captain and a new crew, learn new things about the fishing industry and the Atlantic Bluefin on the newest season of Wicked Tuna in Gloucester, MA.

There are three species of Bluefin tuna—Northern (Atlantic), Southern, and Pacific. The one that’s featured in Wicked Tuna in Gloucester, MA is the Atlantic Bluefin. Compared to the other species, the Northern Bluefin population is relatively smaller. These schools of fishes in Wicked Tuna in Gloucester, MA aggregate and breed in the Gulf of Mexico and the Mediterranean.

The fish you see on Wicked Tuna in Gloucester, MA isn’t the same as the one that’s sold in the supermarket. Usually, manufacturers use Skipjack, Yellowfin, and Albacore for processed products.

One can catch a Bluefin through methods like handlines, harpoons, purse-seine nets, or longlines. However, the fishermen in Wicked Tuna in Gloucester, MA follow the rod and reel method, which is also known as hook and line fishing.

It has been a practice of fishermen to use heavy-weight equipment in catching Atlantic Bluefins. However, the anglers in Wicked Tuna in Gloucester, MA said this has changed over the past decade.

In the present time, most people use light-weight tools or shy gear. The anglers featured in Wicked Tuna in Gloucester, MA claim this change became necessary because the Bluefins have learned to avoid the equipment they have previously used.

Wicked Tuna in Gloucester, MA: The Market’s Demand for Bluefin

There have been discussions about the fishes caught in Wicked Tuna in Gloucester, MA. Some of the series’ audience have wondered where all the catch goes.

According to Wicked Tuna in Gloucester, MA, the United States of America contributes at least 5% of the global Bluefin catch. At least half of the produce is exported mainly to Japan, where it’s widely used in dishes like Maguro and Toro.

Experience an Adventure Like in Wicked Tuna in Gloucester, MA

Come fish with the official partner of Wicked Tuna in Gloucester, MA for their ninth season. Get in touch with our team at Fat Tuna Charters to experience an adventure like you’ve never had before.

Are you up for an exhilarating adventure on the sea? Get on board with Fat Tuna Charters and experience the excitement of capturing the elusive Bluefin. With over 40 years of experience, we are the leading tuna charter in the Northeast.

Fishing–especially for large species such as the Bluefin tuna–can be a costly personal hobby because of the equipment required for the activity. Bringing your own tools, however, isn’t necessary when you fish with us.

Our captains will provide well-maintained rods and reels as well as baits and tackles.

While we’ll be able to lend you high-quality fishing gear, you may certainly bring your own if you wish. We will also supply the ice for the fish that you will catch during the trip.

What You Should Bring

For our expedition, you’ll have to pack your own food and drinks. Don’t forget to bring enough water to keep your body hydrated throughout the day. We also encourage you to take your favorite refreshments such as soda, juice, beer, or wine with you.

Keep in mind that the temperature is much cooler on the water than it is on land. That’s why preparing a sweatshirt and a jacket is highly advised.

Don’t forget your raincoats and waterproof boots or shoes in case it rains. On the other hand, make sure to bring a hat, sunglasses, and an ample supply of sunscreen for sunny days.

What Happens if We Catch a Giant Bluefin?

Charters that capture a giant Bluefin tuna, one that measures 73 inches or longer, are eligible for a free offshore charter. 20 percent of the fish sale will be counted as money for another charter in the future.

If you catch a large or medium-sized tuna, they may only be retained if federal regulations permit. Make sure to check the latest National Marine Fisheries Service (NMFS) Bluefin Tuna regulations on their website before your trip.

Fat Tuna Charters will be featured on the 2020 season of National Geographic’s hit television series Wicked Tuna. The reality TV show follows different teams of fishermen in their pursuit of the prized Bluefin tuna.

The series has gained massive popularity for its in-depth look at one of the country’s oldest industries. Catch us on Wicked Tuna when it returns to your screens on March 2020.

37 Duffy: This offshore fishing vessel runs on a 660 HP engine. It offers the comfort of home and is outfitted with state of the art Simrad electronics. The 37 Duffy features amenities that include Sat TV, Sat radio, microwave, refrigerator, and furniture such as a twin Stidd helm chair, and a leather sofa.

20 Jones Brothers: This 20-foot boat is suitable for hunting inshore striped bass and bluefish. And it’s equipped with an economical 150 HP Yamaha four-stroke engine to ensure a smooth ride.

Cape Ann is one of the best areas in New England for bottom fishing. For Groundfish Charters, we’ll take you to hotspots such as Tillies Ledge, Stellwagen Bank, Jefferies Ledge, and Straw Hat. Cod and haddock are abundant in these fishing areas.

By the end of this session, you’ll have learned how to run a boat and catch a Bluefin tuna. All you have to do is sit back and enjoy the show!

If you just want to have a fun time for just a few hours, our harbor cruises are perfect for you. Take a special someone, a group of friends, or your workmates to this wonderful trip around the shores of Cape Ann.

Register today to join us for a thrill of a lifetime. See you on the water sometime soon!